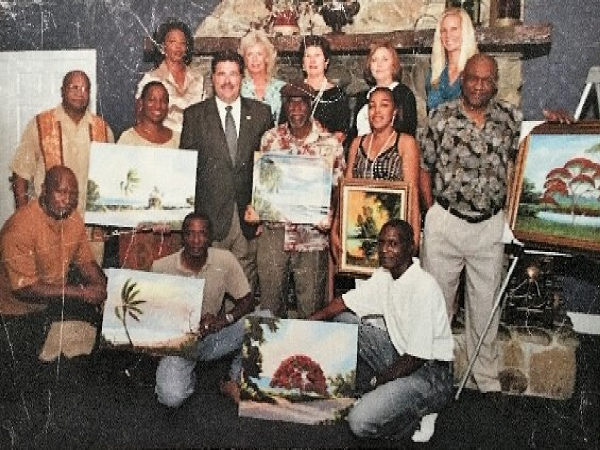 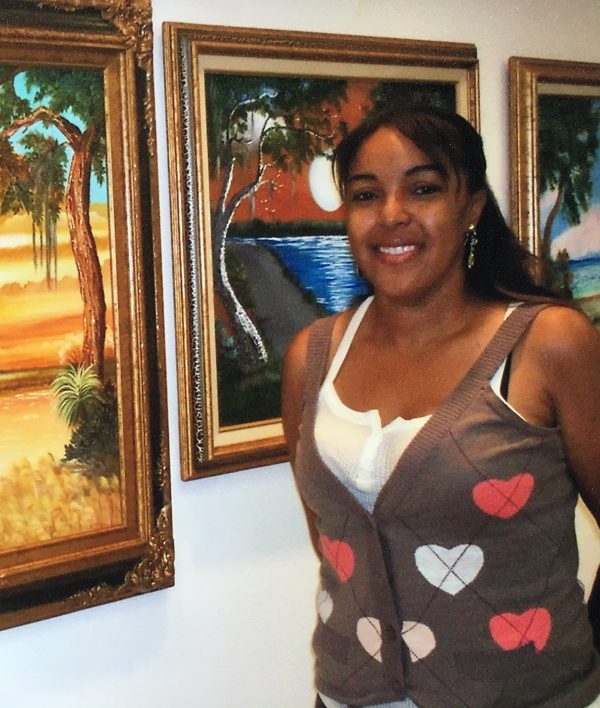 The Florida Highwaymen Art Movement: The most famous of the group for their significant contributions are Alfred Hair, Harold Newton, Roy McLendon, Livingston Roberts, James Gibson, Sam Newton, Willie, and Johnny Daniels, their sales crew, and Al Black are legends and scholars of their time. The young African-American men pioneered an early art movement, amid racial tones, and journeyed through difficult times, of a segregated era of the deep south, during the 1950s and 60s. Twenty-six innovators, evolved out of necessity, in search of a better life than picking oranges to keep food on the kitchen table. All men and the only woman Mary Ann Carroll, of the original group, began to paint. They originated from the historic Lincoln Park neighborhood, in the city of Fort Pierce, Florida. A few of the men are from Vero Beach and surrounding areas of Florida's Treasure Coast. With no formal training, they created makeshift materials and taught one another to paint, authentic Florida. Museums and galleries would not showcase the work of these black artists, during the segregated times of the Jim Crow South. Florida's highways of A1A and by-ways of US 1, were the old stomping grounds, where twenty-six men who are of equal importance to the movement, made ends meet. As tourists visited the sunshine state and the locals lived, they encountered the future legends of the road, along the side of the road. From the trunks of their cars, revealed timeless Florida. Oil paintings that sold then, for $25 or $35 dollars, are now global nostalgic national treasures. It was out of necessity when the men traded goods for services, a motel room to lay their head at night, or for gas to make it home that night. Doctors, and lawyers, banks and politicians, folks near, and far, purchased and collected their work. During their heyday, the group captured the state of Florida and documented over 200,000 landscapes, through vivid colorful oil paintings, during the 1950s, and ’60s, and still today. The Florida Highwaymen is a name earned later in the mid-1990s, for the way the young entrepreneurs sold their paintings.

Established in 1973: As the Original Highwaymen earned legendary fame, over decades the men were instrumental in forming the "Second Generation Movement." The iconic Florida landscape painters mentored close friends and family and handed down their name, history, and heritage to a selective hand-picked 2nd Generation. Established in 1973 (just as the Originals) blood and non-blood, the "Historic 2nd Generation Movement" began and helped to create some 200,000 landscapes. Over time, painting Florida and performing art shows together, became and continues to be a tradition for both groups. The generation after, typically twenty years younger, grew up during the same segregated times, keeps history alive as they continue to paint the state of Florida 1950s and 60s Civil Rights Era.

Highwaymen Handpicked: Accredited and mentored exclusively by Original Florida Hall of Fame Highwaymen Johnny Lee Daniels. The 40-year veteran artist had no heirs that painted, “he asked his God niece AJ Brown to be his business partner” in his second Highwaymen Art Gallery in Fort Pierce, Florida. Highest honors are credited to Daniels who bestowed his heritage and established her career as a Florida Highwaymen Historic Artist 2nd Generation. Johnny Daniels followed his colleagues, the Original Highwaymen, respective 1950s tradition. A.E. Backus, Harold Newton, and Alfred Hair taught friends and family. Not all twenty-six Original Highwaymen were blood-related, but together, under one name, one accomplishment, all are historically written in history, as the Florida Highwaymen. Daniels mentored five, four men of the Historic 2nd Generation and one female, AJ Brown. She is a story untold.

Early Original Florida Hall of Fame Highwaymen: James Gibson, a 50-year veteran has a legacy. In 2005, Gibson was the first to teach AJ Brown to paint the famous signature Red Royal Poinciana trees. After two years and a demanding schedule, he suggested she paint with Johnny Daniels, and so she did. The icons revealed stories of Highwaymen history, myths, and shared tales of their past! Over the years, legends witnessed as AJ Brown was endorsed as a member and is historically the only female friend among the "Historic 2nd Generation" group. What was once a common dynamic among the Original group, "friends" are now an old 1950s tradition, but a rare find as a female among both generations." Today, Brown refers to herself as the "Florida Highwaymen Historic Generation, and earns her living through sells of her work." Supported by four iconic early Originals, Brown's journey is one of uniqueness. HONORED TO BE PART OF AMERICA’S HISTORY! 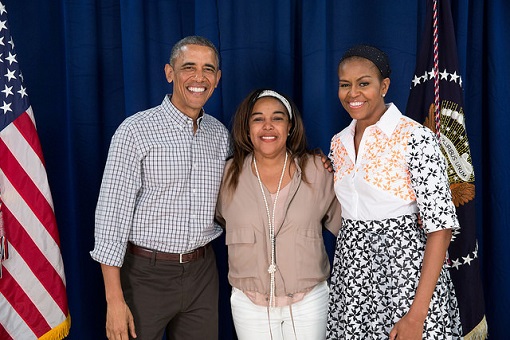 For over six decades, a half-century, the African-American entrepreneurs, who came to be known as the Florida Highwaymen was a non-traditional informal group. In May 2009, it was historic when the very first 501(c)3 organization was formed and filed on June 24, 2009, under the name Florida Highwaymen Artist and History Center Inc., a name given by senior original James Gibson. The goal was to open the first Highwaymen museum.

Original Highwaymen Mary Ann Carroll and First Lady held Presidency for the allotted two years. A position of power and influence designated for the "Originals" only. Curtis Arnett was elected as Vice President and Carnell Smith served as Treasurer. R.L. Lewis was elected Secretary, he delegated this significant position to female AJ Brown. Brown was officially appointed the first Secretary and served as one of five members on the By-Laws Committee. For the first time in history, both generations, the Originals, and the Historic 2nd Generation unified!

In November 2009, the Originals agreed to continue to preserve Florida’s Highwaymen art history and officially documented the 2nd Generation. Brown recorded each member. It is highly unfortunate, the goal of a museum exclusively for the Highwaymen artists does not exist. It is because it has taken a lifetime for the work of these black artists to become recognized, both generations understood the necessity for Highwaymen history to continue. These historic facts marked a hallmark era in time.

Johnny Daniels Legacy: May 26, 2009, tragedy struck when the life of Johnny Daniels suddenly came to an end. His life’s work, endorsements, achievements, and legacy were rightfully sealed with his death. Hall of Fame Willie Daniels continued to paint with Brown, he supported his brother's legacy and her journey as a Highwaymen. Leaving six siblings, the Daniels mother died young. The eldest sister Ms. Curley Daniels extended her role as their mother and her love for her family. January 26, 2010, Ms. Curley's affection for Brown, and respect for her youngest brother, "Johnny Daniels Legacy" their close friendship and business partnership, named AJ Brown as God-family and her Goddaughter. 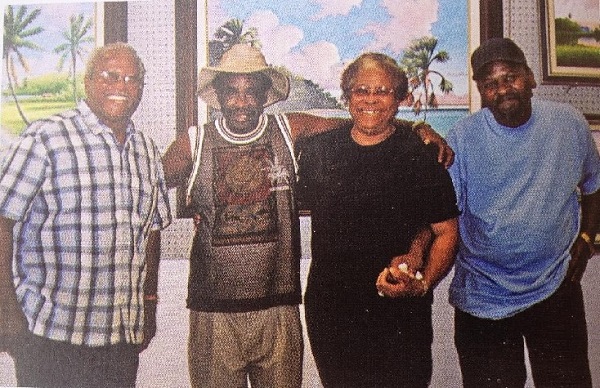 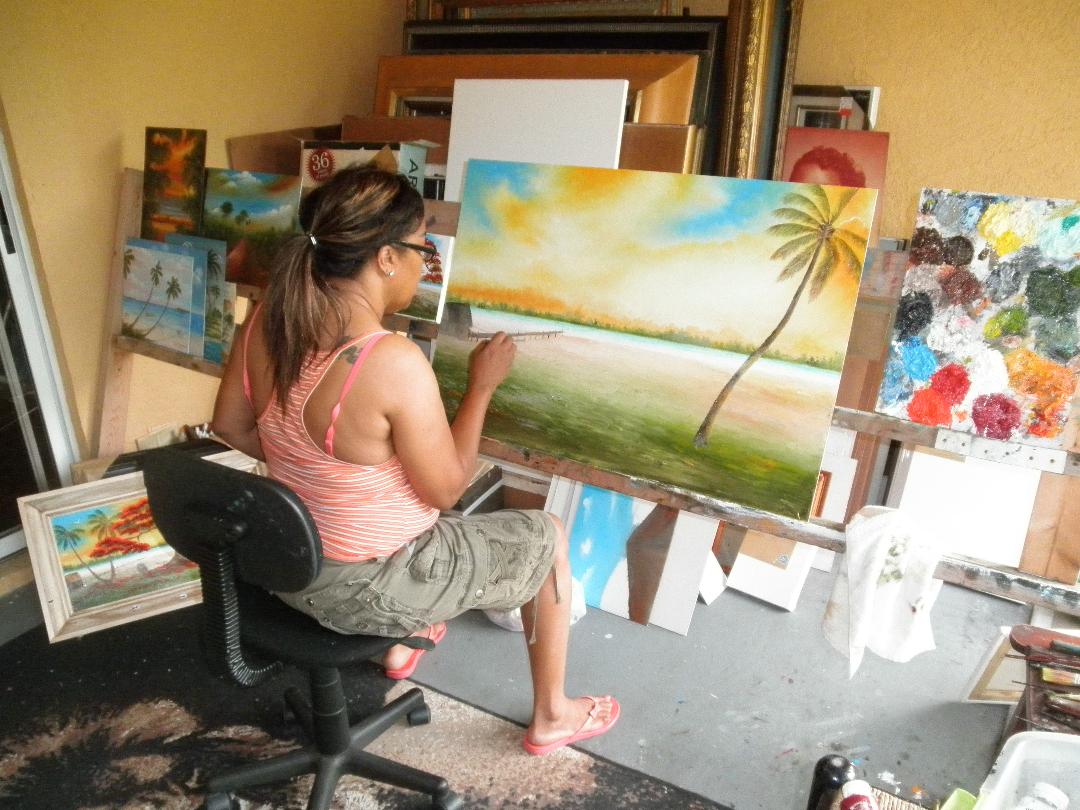 Critiria of a Highwaymen: Historically, a 1950s African American tradition, taught, mentored and endorsed by one of the Florida Highwaymen artists.

The Highwaymen First Secretary: AJ Brown was appointed the first female secretary in 2009, by the Original Highwaymen and served as a by-laws committee member, for President Mary Ann Carroll. 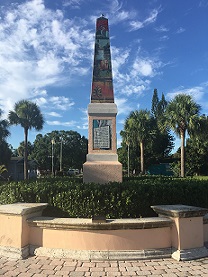 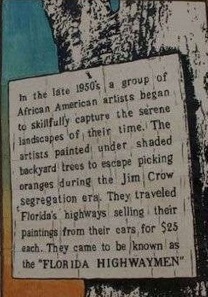 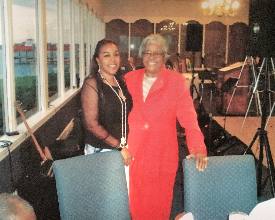 Highwaymen Heritage Trail: In the city of Fort Pierce, May 2009, AJ Brown was authorized to construct the Johnny Daniels grave-site monument in Pine Grove Cemetery. Brown was selected by his beneficiary Ms. Curley Daniels and commissioned by Cultural Affairs Manager, Jody Bonet. Brown offers a significant history and story to the Daniels legacy. 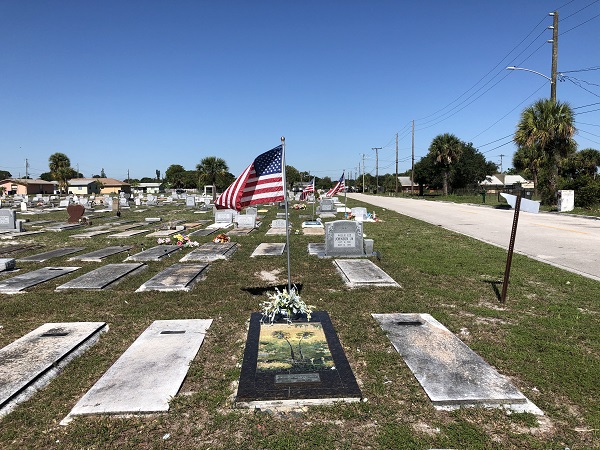 Highwaymen Heritage Trail: In 2012, Fort Pierce City Hall, and Florida Humanities Council invested thousands in grant funds to preserved the rich history of the Florida Highwaymen artists. The Highwaymen Heritage Trail and website recorded written and oral stories of the lives they lived. Documented are past and present histories of the Original and Historic 2nd Generation Highwaymen. These monuments attract visitors throughout the state of Florida. In 2019, under the new administration, the website was closed, then partially reopened. Two generations of black voices and black lives are of historic value, and the accomplishments of both generations are historically significant. Legends and trail brazers represent a lifetime of triumph, amid systematic racism, denial, and marginalization. The website is educational and offers over 60 years of real-life experiences and injustices told by both generations of Highwaymen artists, and their black cultural experiences. America's greatest visual artists are all worthy of dignity, deserving respect for their individual services and contributions to the historic, iconic art movement.

The Original Highwaymen were not all blood-related: This very concept is the core of what makes just a few 2nd Generation non-bloods, most like "The Originals." Both generations include friends and family. A tradition that began during the 1950s, with the "Original Highwaymen." Handed down from generation to generation, "Highwaymen History" is bigger than just one Highwayman artist. 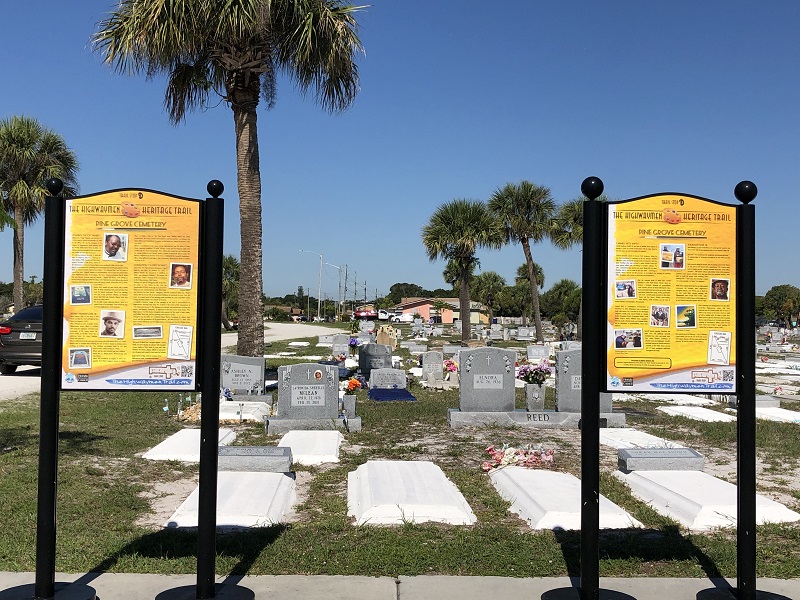 Authentic Florida: AJ Brown's family roots began in Tallahassee Florida. Born in Virginia, raised in the deep south of OverTown Miami, Brown's resides in Fort Pierce, Florida. Brown is from a long line of soldiers, warriors for their country, her family has historically devoted a lifetime of service and sacrifices to the brotherhood of the United States of America Military Services.

TO THOSE WHO LOSS THEIR LIVES, A HERO IS REMEMBERED!

Highwaymen History Lives On! The United States of America; Highest Office of the Land; December 25, 2014, AJ Brown meets the 44th President Barack and First Lady Michelle Obama. AJ Brown hands down two of her paintings and a collection of Original and Historic Generation Highwaymen art to the First Family White House private collection.

What's New? The History You Don't Know!: An open invitation to this site is welcomed; to discover unknown history. This site serves to honor, respect, and unify; enlighten and open minds and hearts to the past, present, and future of the African American group. The Florida Highwaymen Historic 2nd Generation legends continue to pave the movement, a new road for future generations. Thank you, America for investing and treating Highwaymen's History of all generations as worthy.

Highwaywomen of Fort Pierce, Florida: Mary Ann Carroll (deceased), is the first and only Original Highwaywoman. Diane Roberts (hiatus), AJ Brown (active), and Doretha Hair (active). For more than a decade AJ Brown was the only female Highwayman artist without an online presence. She shares her history and story, voice and character, her truth, and her contributions as a member of the Florida Highwaymen Art History.

A Special Tribute: An Iconic Legend Has Passed, Florida Highwaymen Artist Mary Ann Carroll, The First Lady And Only Female of The Original Highwaymen, Died At 79; read more on her page. 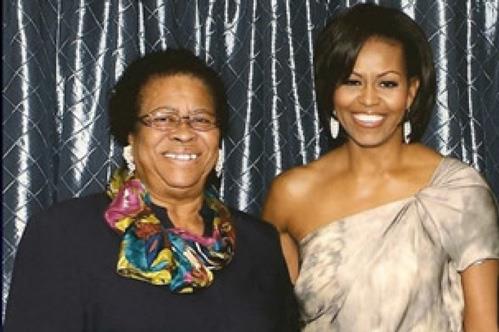 “Stormy Palms” by A J Brown

“Picking’ Oranges” by A J Brown

“Moonlite Over Rivers Edge” by A J Brown

“Docked at Poinciana Palms” by A J Brown

“Tangerine Skies” by A J Brown

“Poinciana Curve” by A J Brown 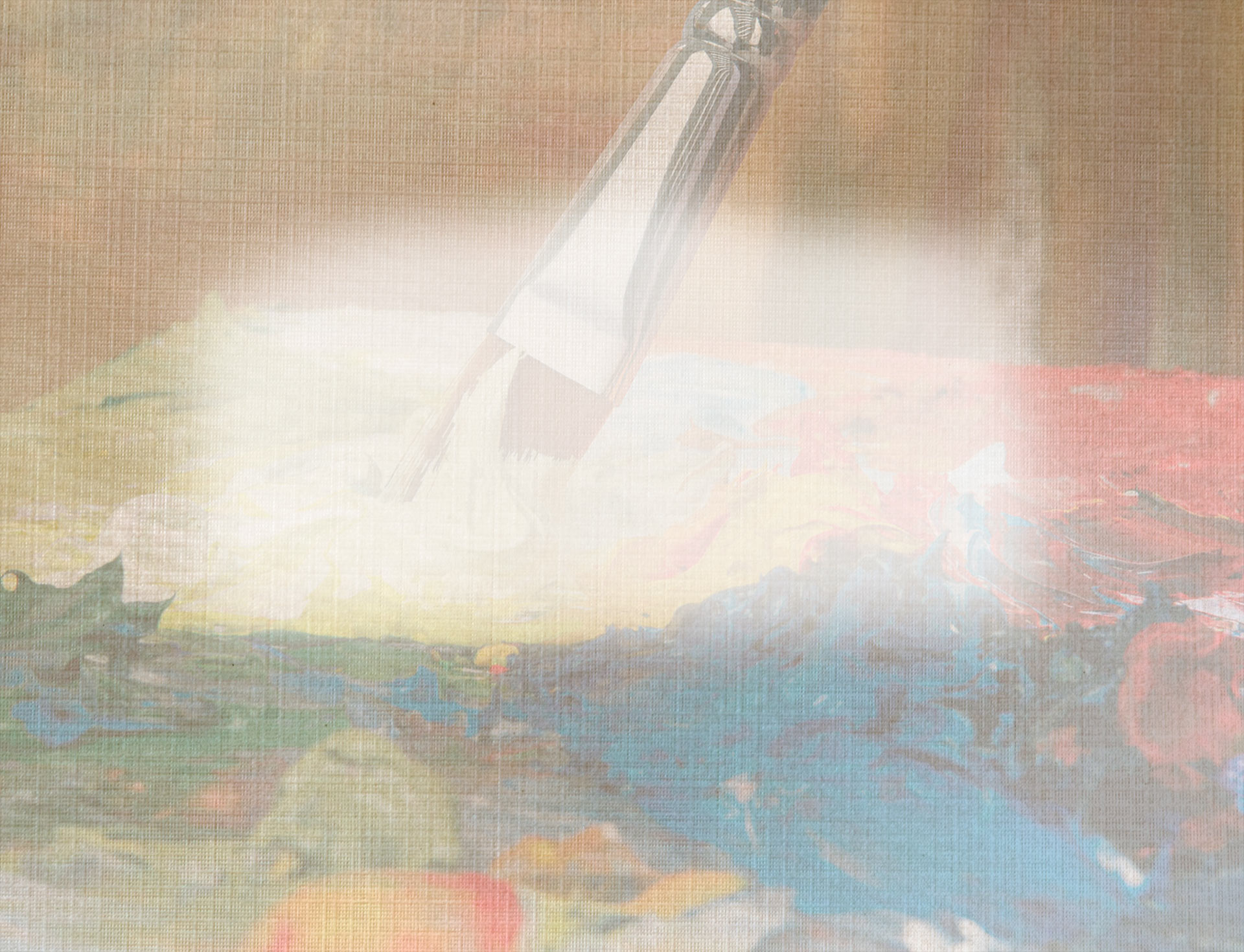 A beautiful example of art transcending time is found in the story of the "Florida Highwaymen."
AJ Brown is a Florida Highwaymen Historic Artist of Fort Pierce, Florida.
An uncommon dynamic, AJ Brown is a rare find as the only female-friend among the Highwaymen Historic Generation.
History was handed down as she was mentored by legends; the highest honors are credited to Original Highwaymen Johnny Lee Daniels.
Instructed and history was by James Gibson, accredited and painted with Willie Daniels, highway-ed, and painted with Al Black.
Bestowed the name 2nd Generation Highwaymen, AJ Brown refers herself as "Highwaymen Historic Artist," and was endorsed by the "Original Scholars" themselves!