Commemorating the Life and Legacy of Willie Brown Daniels, 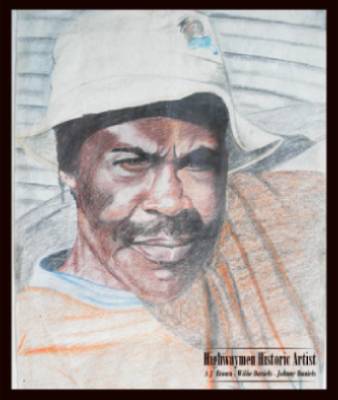 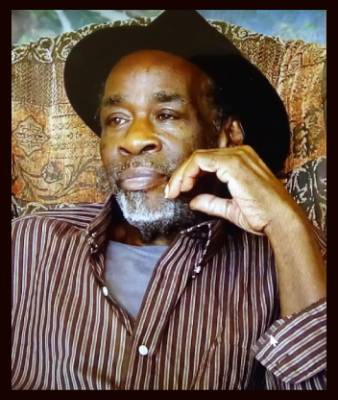 "The History Maker!" Willie Browne Daniels is a core legend of the Florida Highwaymen Original Artists.  His story began as a boy in the 1960s when he began to paint in Fort Pierce, Florida.  His method of learning was watching his good friends, Roy McLendon Sr., Livingston "Castro" Roberts, and Harold and Sam Newton, were most influential.  His younger brother Johnny Lee Daniels learned to paint in his early teens by watching his older brother and "Castro."

Willie enjoys telling the story of one of his fondest memories.  While living in Augusta, Georgia, he met one of America's most famous singers, James Brown.
The singer admired the paintings from Willie's collection, and Brown's secretary wrote a check buying several.  "Willie says," "it was an honor to meet the icon, but to have him purchase my work, I was thrilled!"

Willie Daniels has made a significant lifetime achievement to the state of Florida as a Florida Highwaymen Original Artists of Fort Pierce, Florida.
He created his destiny over decades and sold art from the trunk of his car along Florida's highways.  He never realized his life's work would be highly recognized by the Museum of Florida's History and the world!  In 2004, Willie Daniels was inducted into the Florida Artists Hall of Fame in Tallahassee, Florida.

Born January 8, 1951, in Bainbridge, Georgia, Willie's family moved to Fort Pierce, Florida, while he was in third grade.  In a family of six, Willie's mother, Ms. Juanita Daniels, passed away early in life.  Ms. Curley Daniels, his oldest sister, took on the loving role and raised the family.

"Willie says," "his father was from the "Bahamian Islands" and was known by his last name, Browne." Americans typically pronounce the name as Brownie.

In the summer of 2017, Daniels, a living legend, "says he was honored to celebrate fifty years as a Highwaymen Artist."

Since 2001, over the years, Willie has taught his niece Vivian Daniels to paint, but she is more of a historian for both her uncles.  He then endorsed and mentored his latest discovery, 4th Generation known as Salsa, at age ten, in Fort Pierce.  A collection of her paintings dating from 2009 bears his name and endorsement, archived by her grandmother AJ Brown.

The 50-year veteran Willie Daniels has a 2nd Generation!  Hall of Fame Florida Original Highwaymen Artist Johnny "Hook" Daniels died May 26, 2009.  Although over the years, Willie continued to paint side by side with his brother, Johnny's protege AJ Brown, Florida Highwaymen Historic Artist, their 2nd Generation heritage, is known as God-family.
In 2008, Willie gifted AJ with a drawing of himself by his neighborhood friend, nicknamed Red, a keepsake and memory she cherishes.
Willie spends his days in Fort Pierce, living a simple life with his family and painting the nostalgic state of Florida he loves and remembers.  "Willie Daniels is a heritage worth preserving!"
Few may claim this honor, Florida Original Highwaymen or 2nd Generation Highwaymen.  The unique Florida Highwaymen painters
pressed on through a segregated era when all odds were against them.  They made it!  Willie's paintings now grace the nation's highest offices, governor's
mansions, state capitol buildings, and many historical museums throughout the United States of America and around the world.

Willie Daniels, The Painter, The Mentor, The Legend, The Man, Is HONORED TO BE AMERICA'S HISTORY! 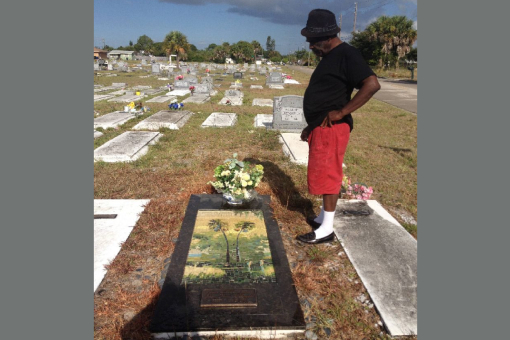 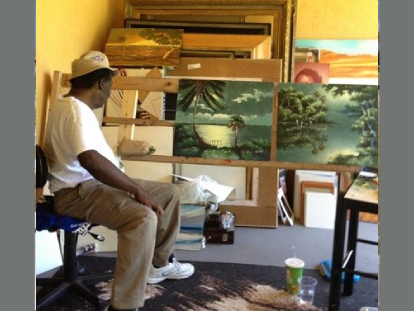 Willie Daniels has a legacy, Daniels and AJ Brown paints on her Fort Pierce back porch studio 5/21/2012 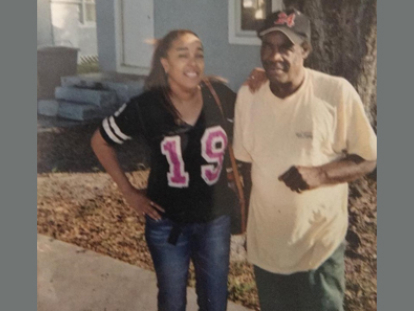 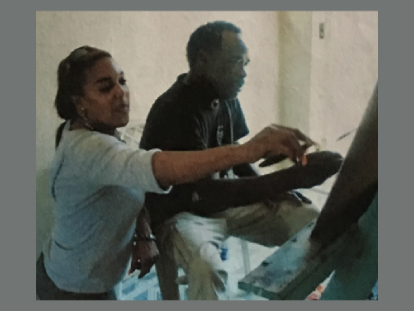 AJ Brown was mentored by the early 1950s Highwaymen, Willie and Johnny Daniels 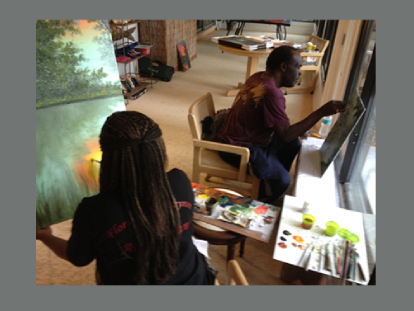 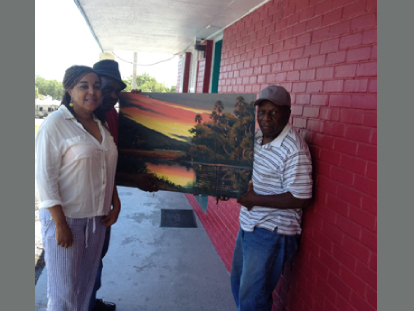 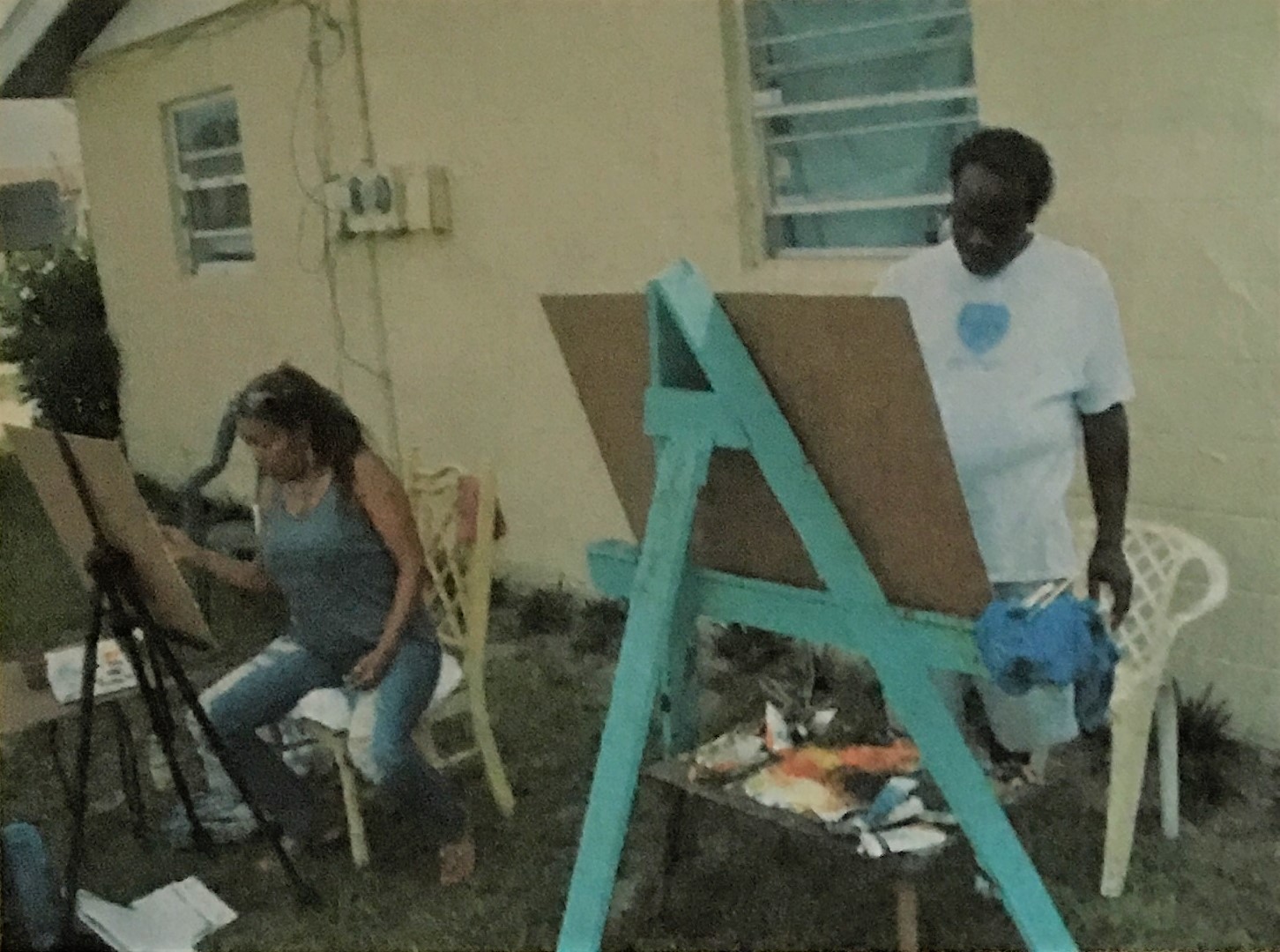 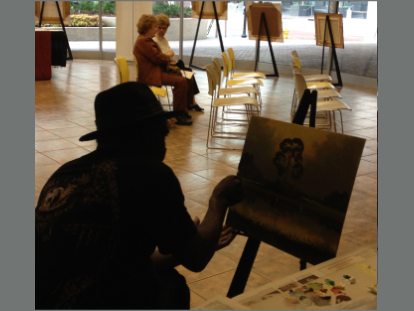 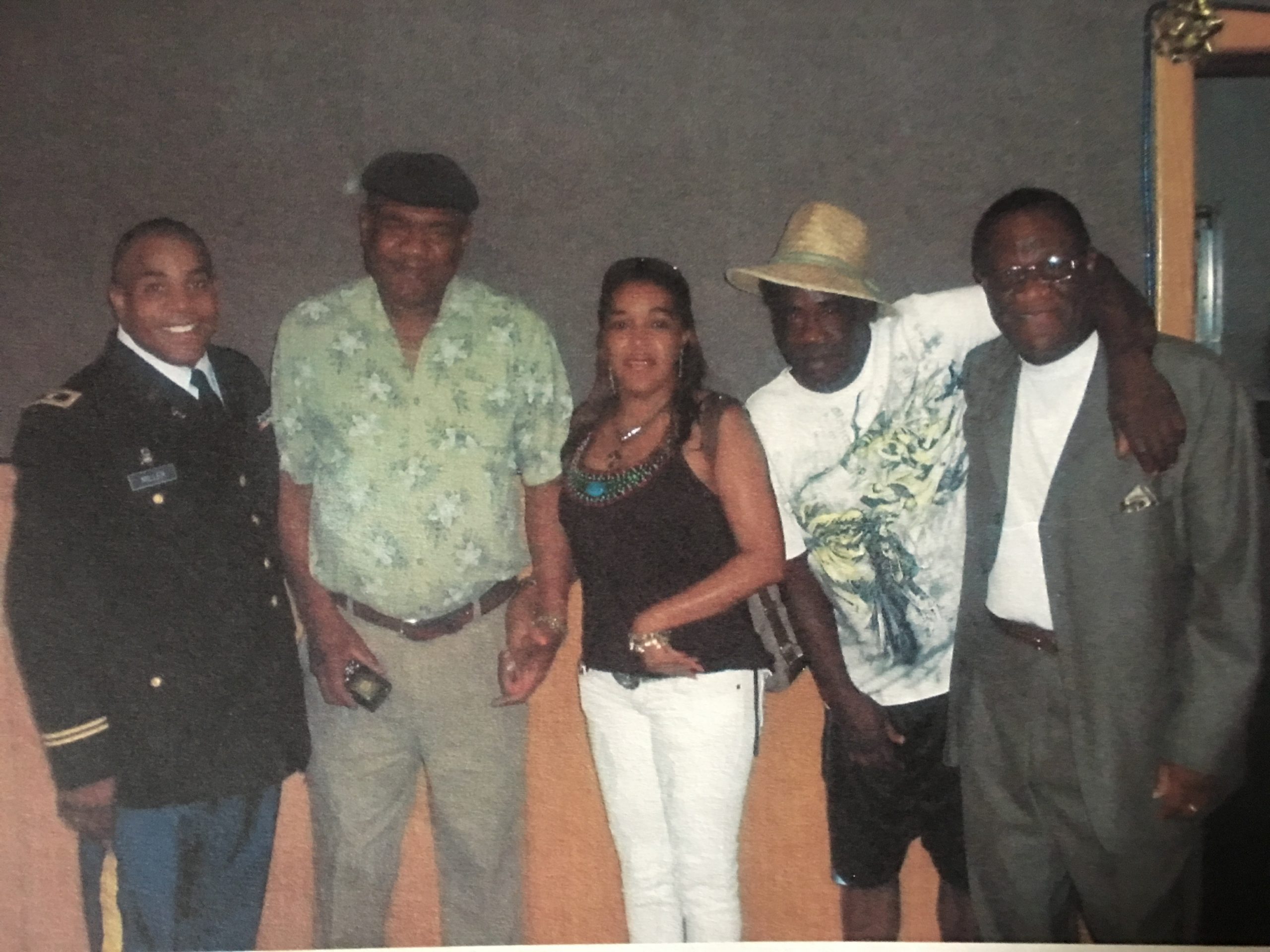 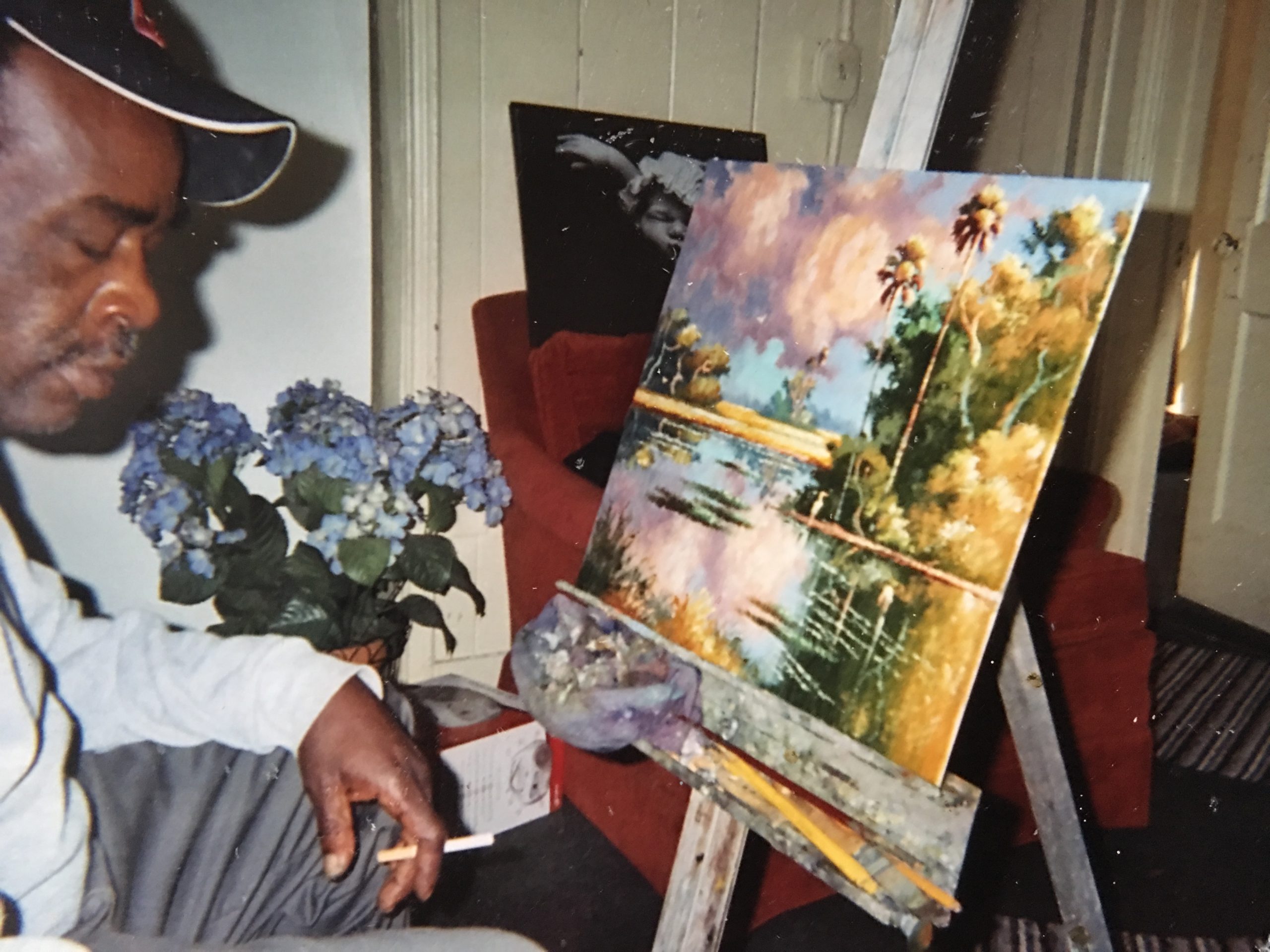