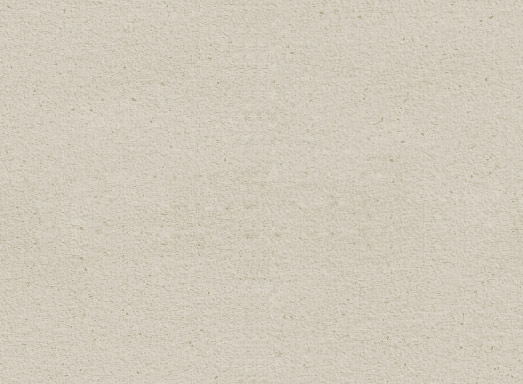 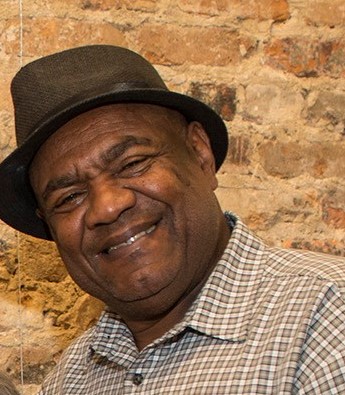 "The History Maker" All walks of life have visited the famous backyard of Al "Blood" Black.  In May 2009, he encouraged me to paint with him in his backyard as I, AJ Brown, shared this story.  Al had numerous visitors as the two of us hung out.  We painted and traveled to Mississippi, mainly Florida, for two years.  During the third year, we painted less together, and with a small crew, I hit the road and began touring the art show circuit more regularly than before.  Over the years, many tales were told of the early days by the man who had the gift of telling stories, and I listened.

One of my favorites is when Al met the "first Highwaymen" salesmen, in the early-1960s, in the Orlando, Florida area.  Al reminisces how they gave him his first start.  In the early days, Alonzo Pratt, Minnesota Fats, and Zoom were the first salesmen for Alfred Hair and the painters.  The young men saw Alfred Hair as their leader, as they were still forming as a group; later, members had not joined.  One day, as the men exited one of the businesses with paintings still in hand, unable to sell to employees inside, Al noticed them and introduced himself.  He asked for an opportunity to try his sales technique; they granted his request.  Al went back inside the business and sold every painting they gave him!  The men were impressed!  Al's meeting the men was a moment of fate; it was the beginning of a new career as a Highwaymen salesman and a new life as Al had known.

Alonzo watched as Al sold the paintings effortlessly; when Alonzo arrived home, he shared with Alfred Hair "the big news" of what he'd witnessed.

"He ain't' nothing but the truth!" "Alonzo told Alfred." Alfred didn't waste any time; he paid Al a visit at his home and recruited him as a salesman.  Al quit his job at the downtown Fort Pierce typing company and began his new career as a salesman for the group, and as they say, "the rest is history." Today, Al still reminisces on how the young men gave him his start.

One day, a painting lesson with James Gibson, who I'd known before Al, shared a story of the early days.  James spoke of Alonzo Pratt as one of the earliest salesmen for himself and the earliest Highwaymen.  They were good friends and prided themselves on being highly competitive.  They often traveled together on the long rural roads of Florida and returned home highly successful with their sales.  Tragically, Alonzo was shot and killed by his best friend Cowboy while on the fruit picking season in Upstate, NY.  Alonzo left to cherish his memory was his family and his second son, my first cousin, who bears a striking resemblance to his father. Auntie was just a young lady when she and Alonzo met.  Our family moved from Tallahassee, Florida, and settled in Fort Pierce in 1957.  Decades later, Al remembered the early salesman Alonzo, the man who gave him a chance; Al acknowledged Alonzo Pratt in his book "Concrete Dreams."

Al was not the first salesman but focused on being the top salesman and became good friends with Alfred Hair. Al taught himself to paint as he repaired smeared wet oil paintings entrusted to him to sell by members of the group. However, Al wouldn't begin his career as a painter until after the tragic death of his good friend Alfred Hair. In 1970, Alfred was shot and killed in a bar called Eddie's Place, a junk joint in Fort Pierce, Florida. He was 29; the young entrepreneur never became the millionaire he'd dreamed of being. After his death, some of the men took a short hiatus to mourn the passing of their leader. Others continued to paint and sold their work on the road. In an era when paintings were an upscale venture for whites, the group continued to earn a living through the practice of their newfound skill; besides, the money was too good for them to stop. With families to support, eventually, all the men returned to the road, unaware they would one day change the course of history. Over decades, the group continued to paint, as others eventually joined in. Al would play a phenomenal role in the success of the painters' future and significant history that placed the group on the map of Florida and later the world. 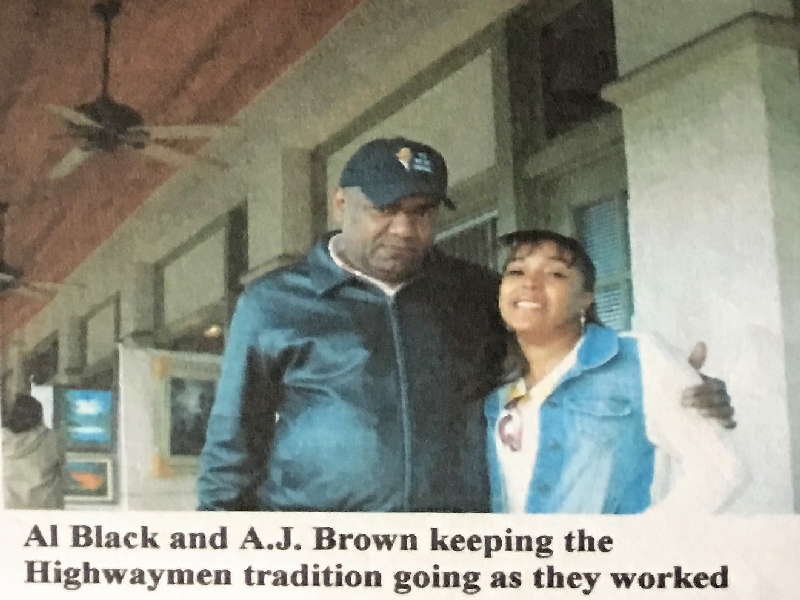 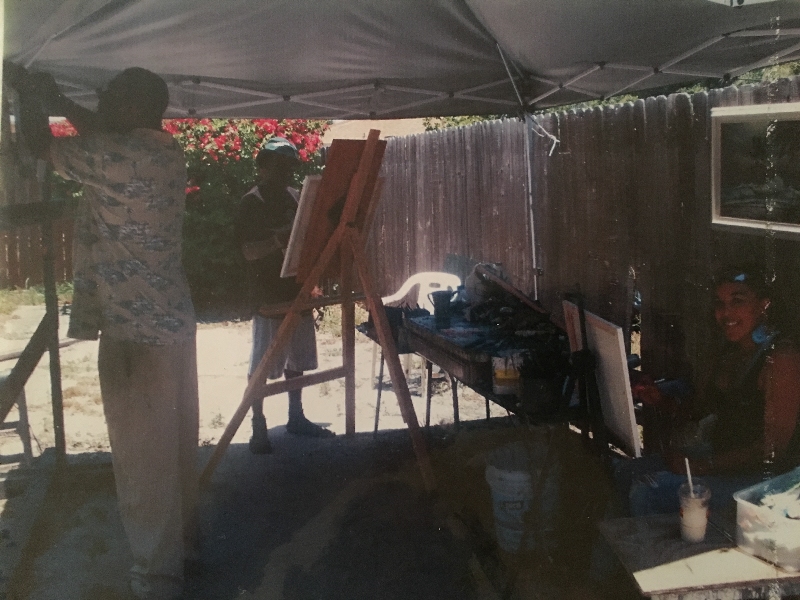 I didn't meet Al until after my era with James Gibson and Johnny Daniels. Johnny began painting during the mid-1960s with his brother Willie. For two years, James taught me to paint in 2005 and then introduced me to Johnny in 2007. Side by side, I was mentored by Johnny and deemed a 2nd Generation member. The sudden loss of Johnny Daniels was yet another tragedy! There was no understanding of how minor elective endoscopy surgery could end in the death of my good friend, who was close as kin. "I was there," with Johnny, each day in the hospital before he died. Johnny and I spoke by phone just before his surgery that morning. That afternoon at about 1:00 pm, on Ave D, waiting for the Highwaymen meeting to start, I received "the call" from his niece Tate. The news traveled fast. In shock and disbelief, we all rushed over to the hospital. Friends were shocked; the family was devastated, and we mourned his passing. Our loved one is truly missed.

Al's friendship was the therapy needed after losing an inspirational and exceptional God Uncle. His support began many eye-opening experiences that transcended our relationship into a close friendship. Al was a busy man, with many close friends and business associates who would stop by during the day, and I would meet them all. He called each morning to say he'd returned home from one of his favorite local breakfast spots, ready to paint. After Johnny's death in May 2009, we painted together in his backyard for two years every day. It was just the two of us, and other Highwaymen would occasionally join in. Laughter and stories came each day, all day. During the third year, the time we spent painting and traveling together dwindled as I spent more time traveling the art circuit. His life as a boy in Mississippi, his time in prison, his mother, and family matters were all tales of a Highwayman. Al and I then discovered that we were most likely distant relatives and agreed to research the connection. Wow, what a revelation!

Al Black and I spent nearly three years painting together in his famous backyard. His mother was in her late 90s at the time; we believed she was our connection. Mrs. Huldia Black Spotwood was born in 1912, and my grandmother Mrs. Ida Mae Francis Black, was born in 1914. During our many road trips, visiting with Al's mother in Jackson, Mississippi, and the family's cemetery, "we both believed our connection was authentic." The family traits were remarkable. I invited Al to our family's reunion, and he asked me to his. According to Al, his mother moved to Quincy, Florida, in 1935, as confirmed by two aunts and my mother. During the same time, my grandmother moved to Quincy to be near family.

Al felt comfortable introducing me as his cousin, a 2nd Generation member, which allowed me to feel the same comfort. On numerous occasions, Al invited me along as we participated in Highwaymen art shows and traveled thousands of miles on Florida's back-country roads. "Al sold my art alongside his, from the trunk of his car just like old times!"

Invited by Al, we attended the permanent collection presentation at the Museum of Florida History in Tallahassee, Florida. The Highwaymen ceremony showcased paintings by Al Black, three black&white's by James Gibson, and a red Royal Poinciana tree by Mary Ann Carroll. The collection also consisted of several other Highwaymen paintings.
Four original Highwaymen authenticated and deemed an official 2nd Generation member. As I look back over the decades, those memories portrayed the best of the Highwaymen and a heyday I humbly accepted. 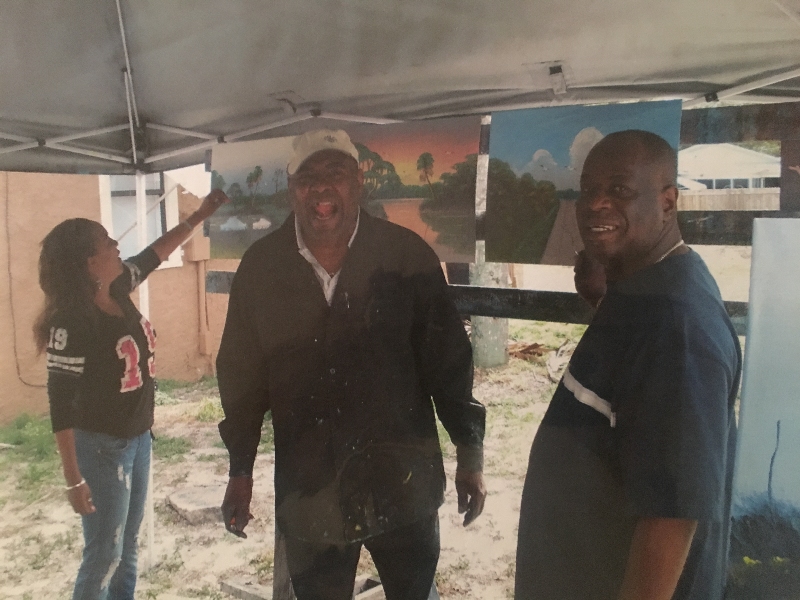 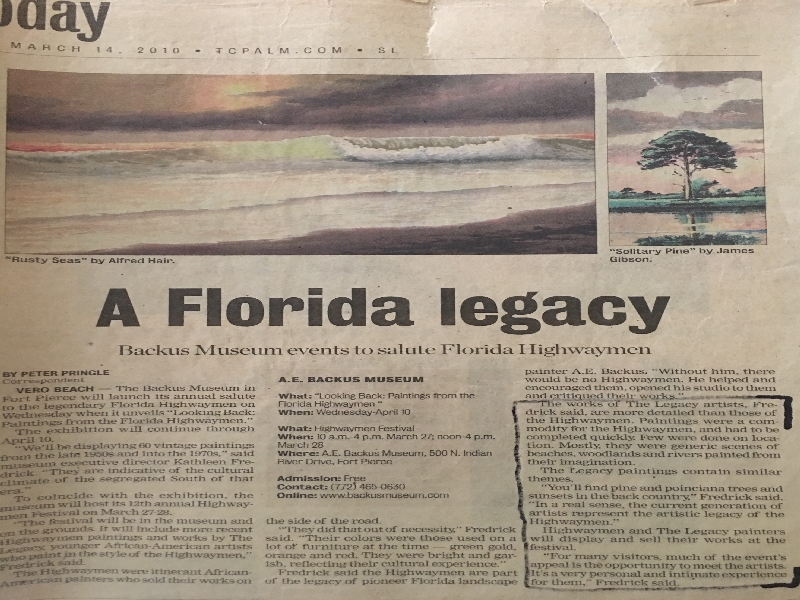 During my heyday era and service as the Highwaymen's first appointed secretary and member of the By-Laws Committee, Mary Ann Carroll was the first President of the first historical 501(c)3 organization. Officially established in May 2009, both the Original and Second Generation Highwaymen came together and unified for the first time in history!

The By-Laws Committee consisted of four members; Gertrude Walker, AJ Brown, Lillie Knight, and Jimmy Stovall. The By-Laws were written to help ensure and encourage a fair balance of power for both generations. The service period of an official office held by an "elected member" was two years. The By-Laws were designed to deter biased acts by those in power and non-member investors. In the summer of 2011, a new election was held, the By-Laws and board members were reconstructed, not all 2nd Generation members were included, and some of their careers suffered. Serval originals disagreed with the change, and not all members worked well with each other. The Highwaymen group is evolving and is forever changing. There are many disagreements, from money to power, status, and classification. However, each member feels their view is the correct view. Al Black always said, "There's enough money to go around for everyone."

Past and present, the accuracy of African American history and culture is of great significant importance to future generations and the world.
Communication and respect for human rights are critical for human beings. It is important to note that both generations strive for extraordinary achievements and commitments towards contributing core goals as a group and as individuals. 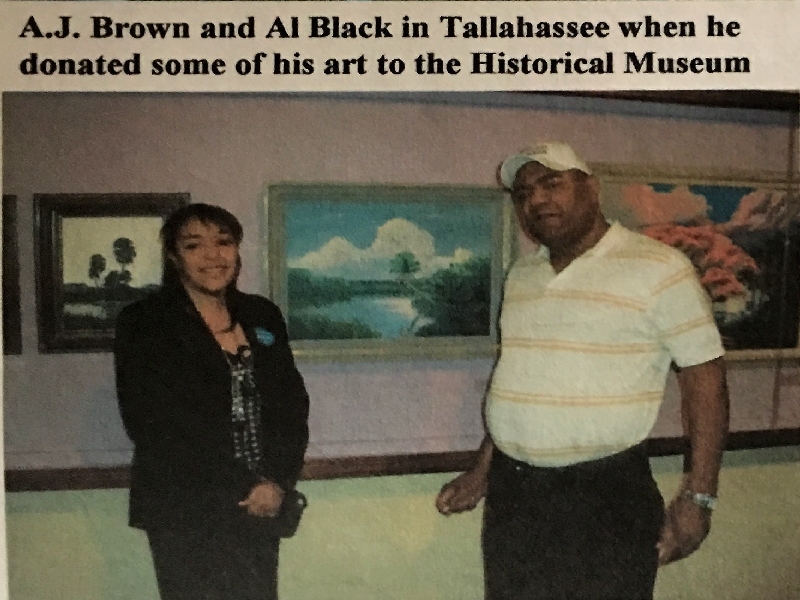 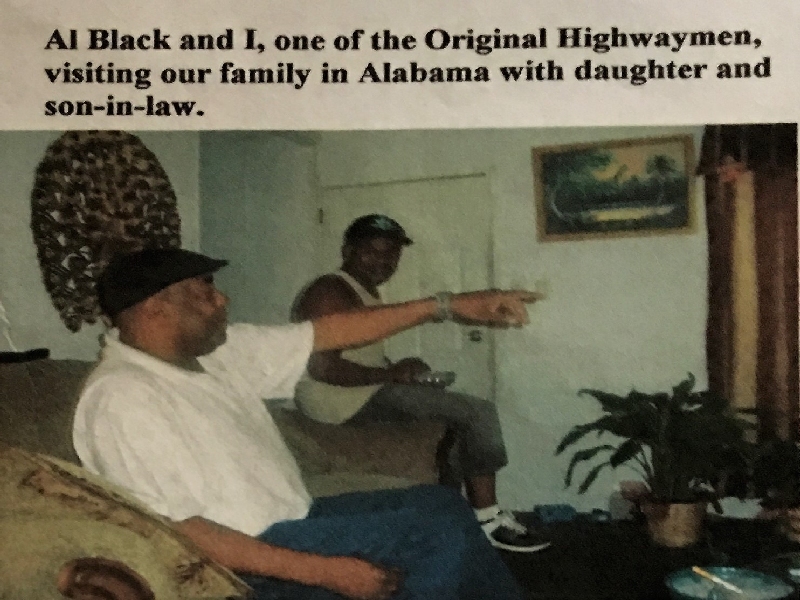 2009 AJ Brown and Al paints in his famous back-yard, like the early days, Al sold her work alongside his from the trunk of his car 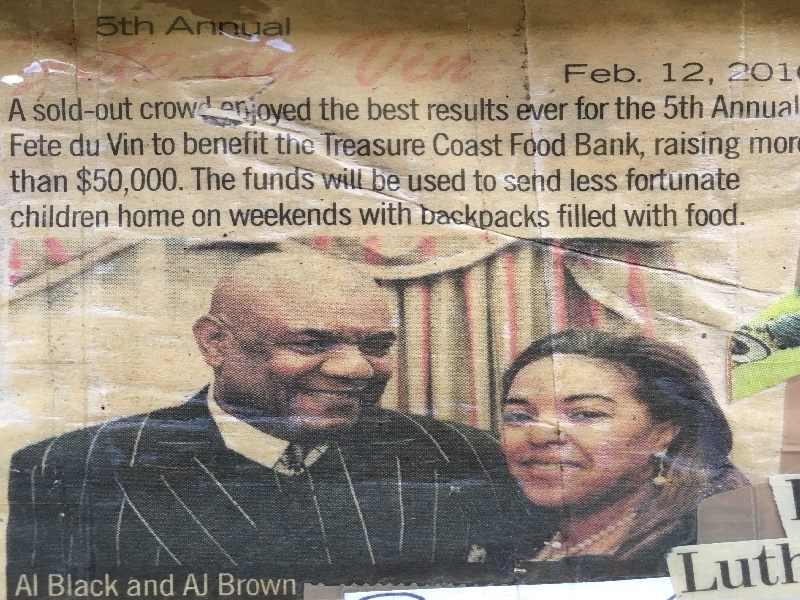 Fort Pierce, Florida Home of the Highwaymen, memories of downtown art walk... everyone was welcomed 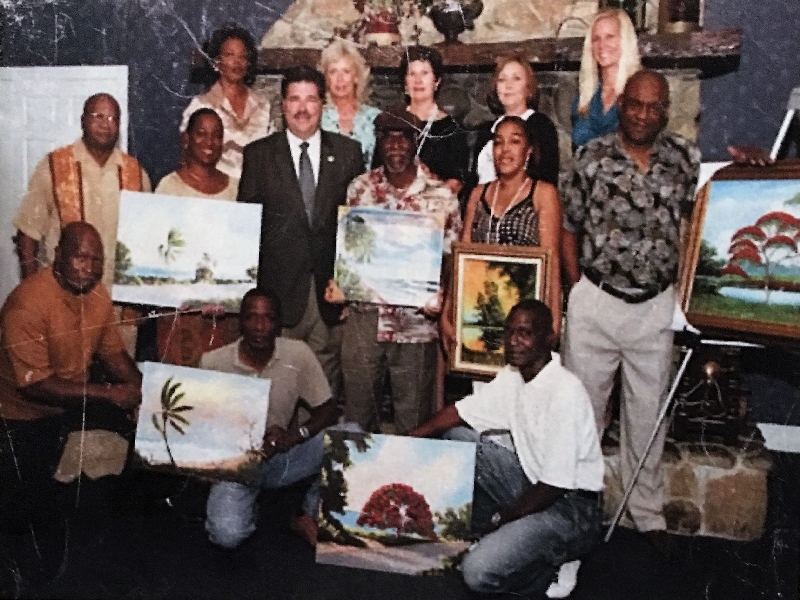 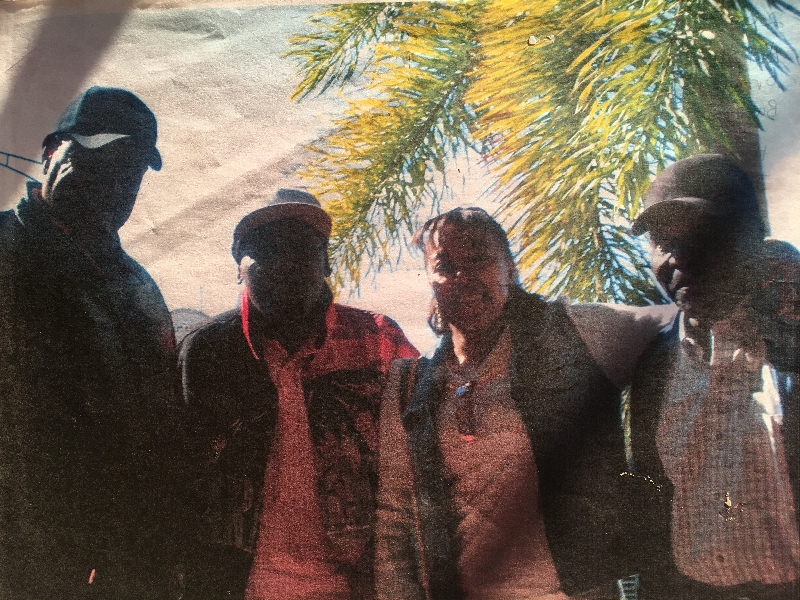