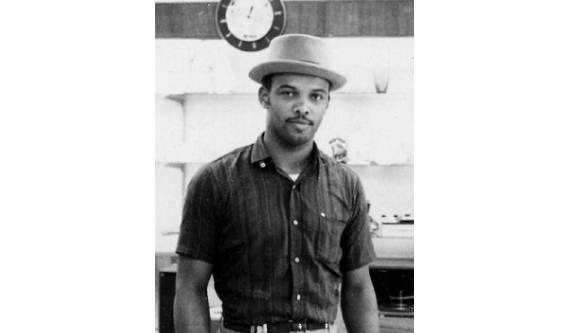 "The History Maker!" "Alfred Hair, A Legend of the Road," is an icon on the Highwaymen Heritage Trail.

It all began when Zanobia Jefferson an African American art educator cared about her students. She understood institutional racism meant picking oranges and tomatoes for a living, awaited most black high school graduates during the 1950s and 60s in the small town of Fort Pierce, Florida.

Mrs. Jefferson, introduced her young student Alfred Hair, to a prominent white artist, A. E. "Beanie" Backus, who lived in Fort, Pierce. Their friendship was one of intrigue since blacks and whites did not mingle, and oil painting was a venture associated with whites only, amid segregated times of the Civil Rights Era and the Laws of Jim Crow. Alfred Hair exclusively studied with A. E. Backus

Hair, learned from Backus and shared with family and friends. His friendly, respectful charisma charm offered that wow factor, the quality of his character made selling paintings just a little easier.

"The Heart Of The Highwaymen"

A small group of men formed, in search of an escape from a system of poverty, and racism, a design tailored for blacks. With no formal art schooling, close friends and family taught one another to paint Florida landscapes. Many of the painters would typically be seen throughout southeast Florida. One would find them creating colorful scenes in parks, along the roadsides and river edges.

Then tragedy struck, Alfred Hair was killed on the night of August 9, in 1970, at the young age of 29, in Eddie's Place, a juke joint in Fort Pierce. A famous hangout, a spot where the painters would meet to unwind for drinks and listen to the latest soul music hits, after a long day of selling along the highway. Some of the men took a short hiatus to mourn the loss of their leader.

Others who had families to support continued to paint and sell their work on the road. More friends joined the movement and the young entrepreneurs continued the journey. The young men persevered, even through difficult times for the next 30 years and all twenty-six received a life-time achievement honor of recognition. In 2004, twenty-five men and one woman were inducted into the Florida Artist Hall of Fame as the Original Highwaymen.

Alfred Hair's selective materials are now artifacts of history, some are still used today. Upson board was used as a canvas, crown molding was crafted as frames, proven makeshift worked since traditional supplies were not affordable. Hair's 1950s, assembly line invention allowed him to produce fast paintings, that could be quickly sold for $15 to $25 dollars each.

Alfred Hair, one of the earliest painters is regarded as one of the leaders of the 1950s art movement.

Hair's paintings are in high demand, his life's work is valued in the tens of thousands.