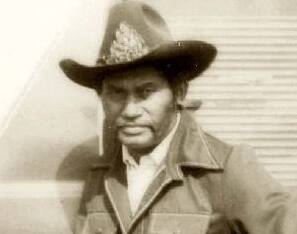 "The History Maker!" "Harold Newton, A Legend of the Road" is an icon on the Highwaymen Heritage Trail.

Harold Newton was a co-founding member of the Florida Highwaymen. A well-known group of African American landscape artists
established a historical art movement in Fort Pierce, Florida. In America, amid the 1950s Civil Rights Movement, the impact of segregation
disenfranchised all facets of the black communities.

Harold Newton was influenced, and Alfred Hair was taught by A. E. Backus, a Fort Pierce, Florida, white landscape artist. With no formal art training, Newton was naturally talented. He would study Backus subjects and later painted them by memory, according to his family.
Newton began his painting voyage during the early 1950s, possibly earlier, according to his friend Roy McLendon Sr. In 1953, Newton considered his paintings more substantial and sold his creations accordingly. Newton's impact on the group was significant. His door-to-door sales and on-the-road techniques were highly successful. Harold's unconventional canvas choices were velvet, Upson Board and Masonite. The group adopted his methods to earn their living.

Like his two brothers, Sam and Lemuel, with Harold's skill and quality, his collections sold for exceedingly more than 35 dollars a painting, unlike most of the other
Highwaymen. In many of Florida's distinctive scenic seasons, Harold was diverse in his characteristics and dramatics. Coastlines, rivers, backwood
sunsets, and the black community revealed the true beauty portrayed in his works.

Through her observation and practice, Harold taught Mary Ann Carroll to paint the only female Highwaymen of the Original group.
Harold was selective with who painted with him occasionally; Roberts, McLendon, and the Daniels brothers are a few. It was not unusual for Harold to keep to himself and not mingle with many of the Highwaymen.

Harold Newton was among one of the most accomplished painters of the Florida Highwaymen. But unfortunately, Harold's life was cut short at 59 in Vero Beach, Florida.
He never recovered from a stroke the year before. Harold Newton's grave site is modest; he was buried at the only African-American cemetery in Gifford, Florida.

Harold Newton enjoyed success in a time of racial segregation.
In 2004, Harold Newton and twenty-five colleagues were inducted into the Florida Artist Hall of Fame in Tallahassee, Florida.
One of many accolades Harold Newton did not live to experience.